I wanted to let you all in on some of the fun things that Landon says.  I of course could only think of a few, but as he says more awesome things I'll try to keep up with them.  I want to remember the silly things he says.  So here are a few snippets of Landon-isms.

On Sunday he was running around the house before church shooting like his fingers were guns.  I told him, "you know you can't use your finger guns in church."  He looks at me and very seriously replies, "I'll keep my finger guns and bullets in my pocket."  And he pretended to holster his finger guns.  He didn't get those out all day!  I had to share that with his teacher since she was the one who had told him to keep them in his pocket the week before.  They do listen! 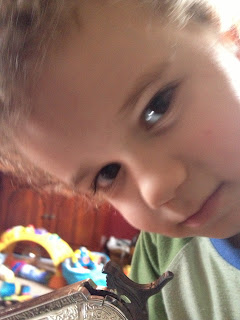 Landon was having a meltdown one day.  When I asked him why he was crying he answered, "I'm crying because Daddy is mad at me for crying!" 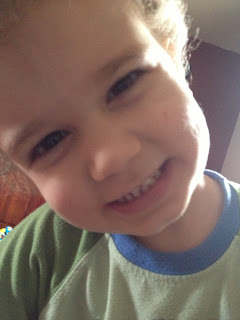 Heard from the bathroom daily, "I'm peeeeeeing!! Say, 'yay, Landon'!"  At least I am told how he wants to be praised.

I hope you enjoyed a little of the fun that is Landon.
Posted by Corinne at 9:29 PM